We brought the best training methods and techniques in one class. We incorporate Brazilian/Japanese Jiu jitsu, Sambo, Judo, Shooto, Catch/Greco /Freestyle/Submission Wrestling, Filipino art of Dumog and the chinese system of Chin Na into our training. Definitely a class for grappling enthusiasts!

We have a competition team put together for those who enjoy participating in all of the popular grappling and Jiu Jitsu tournament circuits!! If you’re serious about grappling arts, then this class is for you!! 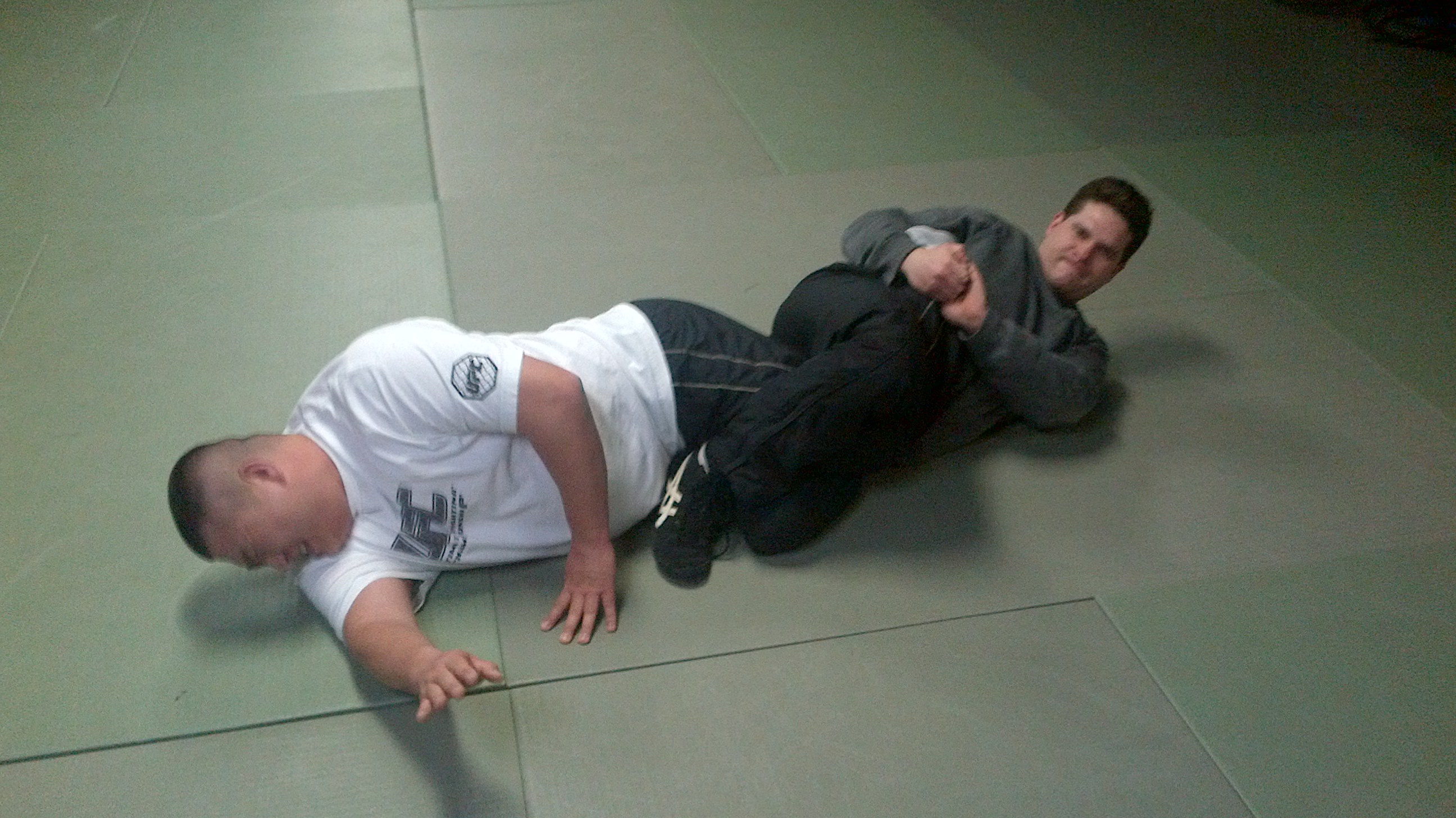 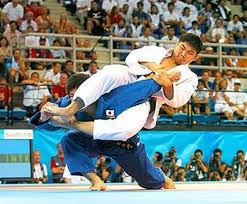 “Ju” can be translated to mean “gentle, soft, flexible, or yielding.  “Jutsu” can be translated to mean “art” or “technique”  and represents manipulating the opponent’s force against himself.  We utilize both Japanese and Brazilian Ju Jitsu styles and train both Gi and no Gi  grappling. Having it’s origins in Japan, it was brought to Brazil These styles gave our class excellent positional control, escapes, sweeps and all aspects of submission attacks and defenses.  The sport has gone global and is one of the more popular grappling styles being practiced today.

Wrestling is perhaps one of the oldest forms of combat involving grappling type techniques such as throws, takedowns, joint locks, strangulation’s and pins.   It is found in most ancient civilizations in it’s early forms and has evolved in different parts of the world. It has branched out in many forms of sport wrestling.   Catch-As-Catch-Can Wrestling is more of a complete form of wrestling utilizing all forms of throws and takedowns and submissions.  Folk Style wrestling is any traditional style of wrestling which may or may not be recognized as a modern sport.

Freestyle and Greco Roman Wrestling are both long standing olympic sports.  The differences between the two is that Greco does not allow below waist takedowns, trips & throws and generally found from clinch positions.  Freestyle like it’s name, is a more open form of wrestling allowing both above and below waist throws, takedowns and trips.  Both achieve victory from pinning opponents shoulders to the mat. 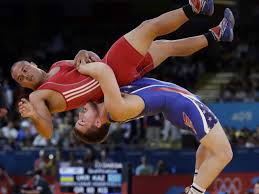 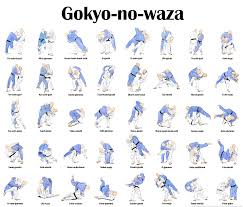 Judo translated means the “gentle way”.  In it’s early days was found in Ju jutsu being part  of combat fighting discipline.  Today it’s been streamlined for sport and has gained world wide recognition.  It is a popular Olympic sport in which rules have have been implemented to allow the more spectacular throws, takedowns and trips to occur that Judo is well known for.

The three basic categories of “Waza” (technique) in Judo:

Judo brought to our Grappling program excellent balance and off balancing techniques. Explosive, dynamic throwing/tripping techniques using the Gi and without.   The ability to do “Ukemi” (break falls) and “Sutemi-waza” (sacrifice throw). Old school Judo had  extensive submission and strangulation techniques which also enriched our program.   The submission aspect of Judo covers all the submissions as found in Ju Jutsu being a branch system from it.  The submission aspects of Judo were broken down to 2 categories:

Shooto is a more modern mixed martial art, combat sport system established by Satoru Sayama from Japan in the mid eighties.  The idea of Shooto was to create a sport with no predetermined results and contested in real combat.  It initially had it’s roots in the Japanese Pro/Catch wrestling circuits but branched into it’s own full contact sport implementing kickboxing and Muay Thai striking skills along with the grappling.  The Grappling aspect has very little restrictions in throws, takedowns and submissions making it a all rounded grappling system on it’s own.  Shooto brought to our Combative Grapplers class excellent submission knowledge and wrestling abilities as well as all forms of takedowns.  The chaining of submissions are quite extensive into long flows and this ability is created from all standup and ground positions.

Shooto gained it’s popularity in North America through Yorinaga Nakamura out of the Inosanto Academy in Los Angeles, California. From there he helped produce a number of excellent fighters who competed professionally in the U.S.A and Japan. One of those fighters, Eric Paulson became the first American to win the world Light Heavyweight Championship in Japan and is now known as one of the top M.M.A. coaches in the world. 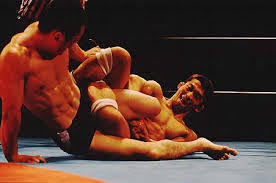 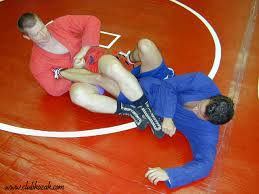 Sambo is a Russian martial art which is a relatively newer combat system tracing it to the 1920’s being developed by the Soviet Red Army for their hand to hand combat abilities.  It has it’s influences from judo, Ju Jutsu and wrestling.  The term “Sambo” or “Sombo” is an Russian acronym which translates:

There are 3 variations of Sambo today:

1.  Sport Sambo  –  Similar to wrestling and Judo with less restrictions in throws, takedowns and gripping.  Extensive submissions with emphasis on leg locking however in traditional sport Sambo they do not allow chokes and more common in Soviet Union.

2. Freestyle Sambo  –  More of an American and European branch of Sport Sambo with less restrictions on submission allowing chokes, some twisting leg locks and neck cranking.

3. Combat Sambo –   Utilized and developed for the Russian military.  It allows all forms of striking in addition to the grappling techniques and has it’s own sport version as well.  This is more of a all rounded fighting system compared to Sport and Freestyle Sambo.

The main aspects of Sambo in which is utilized in our grappling class would be dynamic leg locking and set-up’s.  The various throws and takedowns from dynamic angles to and landing into positions or submissions.

Dumog is the Filipino style of wrestling which is utilized with and without weapons.  It concentrates on quick explosive motions and movements with a lot of pushes, pulls and weight shifts for off balancing.  It also implements  joint locks geared for wrenching, moving and taking down bodies.  Joint locks, wrenches and strangulations are also chained together in devastating flows.  Dumog is taught in our Combative Grappling Class, Jeet Kune Do and Combative Weapons/Filipino Martial Arts classes. 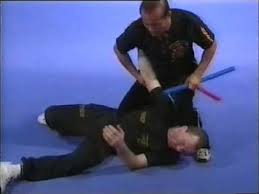 The major benefit of Chin Na we use in our grappling class is the education to stand up joint manipulation and strangulations.  It’s a very scientific form used to break and wrench the joints in multiple ways as well strangulations and chokes all different types of holds.  It is very useful for understanding how to chain the locks together as well.

“Absorb what’s useful, reject what’s useless, and add specifically what is your own.”

Change your life today. Book a free one week trial!